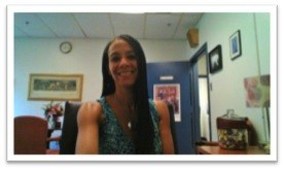 Traci has been an urban educator for 20 years. She started as a teacher in 1994 after working as a metropolitan reporter for the Baltimore Sun for six years. In Baltimore City, she worked at her alma mater Western High School (Class of ‘88) and Canton Middle School. She was a teacher and Language Arts Department Chairman at Dumbarton Middle School in Baltimore County for eight years before joining the Towson High School administrative team. Her appointment to Creative City returns Traci to the Park Heights area where she was raised.

Since 1995, Traci has written curriculum for both Baltimore City and Baltimore County public school systems, mentored teachers, led professional development seminars about Differentiated Instruction, and taught graduate courses in education for Towson University and, most recently, the Johns Hopkins School of Education.

Traci is a National Board Certified Teacher of English Language Arts/Early Adolescence and earned her master’s degree in Leadership in Teaching from Notre Dame University of Maryland. She is the proud alumna of University of Maryland College Park and the even more proud parent of a current Terrapin, a Linguistics and Psychology major who will graduate in 2017. 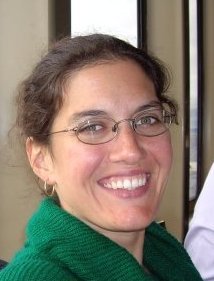 Marisa Canino has a passion for service, a commitment to seeing Baltimore City and its residents thrive, and a demonstrated track record in fundraising and nonprofit management. She has shown her commitment to the Baltimore community for 15 years through her professional and volunteer work with nonprofits serving Baltimore families.  In her 11 years at Habitat for Humanity of the Chesapeake, she progressively served as Development Director, Deputy Director, and Chief Operation Officer, garnering resources of up to $12 million annually, and managing programs that enabled more than 100 low-income families to purchase safe, decent, affordable homes of their own.

Her volunteer experience, most notably, includes her oversight of the community effort to rebuild the playground at Stadium Place from the ground up with hundreds of volunteers after an act of arson in 2008. Most recently, she has worked as a fundraising consultant.

Marisa holds a Bachelor’s Degree from Franklin & Marshall College, and a certificate in fundraising management from Indiana University.

A mother of three, Marisa is also passionate about education and the opportunity for parents to be able to choose the school that is best for their child. She was a parent-founder at Creative City for two years before a broad search led to her being hired in the role of Executive Director.